Alzheimer’s disease is a form of dementia that affects millions of people age 60 and older.

With no cure in sight, this devastating disease has affected 5 million people as of 2014.

The number of those affected is only expected to get worse over time.

The Center For Disease Control and Prevention predicts by the year 2060, 14 million people are expected to have the disease.

While the statistics are discouraging, there is hope on the horizon for individuals who exhibit no signs of dementia or Alzheimer’s.

So what can be done to prevent this incurable disease? Here are 8 healthy habits to incorporate in your life today for preventing Alzheimer’s disease in the future!

Alzheimer’s is a complicated disease science is still trying to figure out. While there’s no cure for this horrible disease, I have faith that there will be a cure someday.

But, is Alzheimer’s actually preventable?

As of now, research from the University of Cambridge found 1 in 3 cases of Alzheimer’s is preventable. However, science is still unsure of the exact cause.

Because of this research points to a multitude of factors contributing to the disease.

7 Factors contributing to the likelihood of having Alzheimer’s includes:

The same research study from the University of Cambridge also concluded that “reducing each factor by 10%, nearly nine million cases of the disease could be prevented by 2050.”

Physical exercise is great for the cardiovascular, muscle and skeletal system. But exercise goes a step greater by improving your mental wellbeing.

According to the Alzheimer’s Research and Prevention Foundation physical exercise reduces the rate of developing the disease by 50%.

But how exactly does exercise stop the progress or prevent Alzheimer’s disease?

When you exercise your brain cells receive extra blood flow and oxygen. This in turn creates fewer abnormal proteins in the brain that contribute to Alzheimer’s.

Many studies over the years have found a link between physical exercise and a lowered risk of cognitive decline.

To receive an appropriate amount of exercise, it’s suggested to aim for 30 minutes of exercise, three to four times a week.

Although some exercise is better than no exercise, start slow and work up to a moderate exercise routine.

Examples Of Moderate Exercise Include: 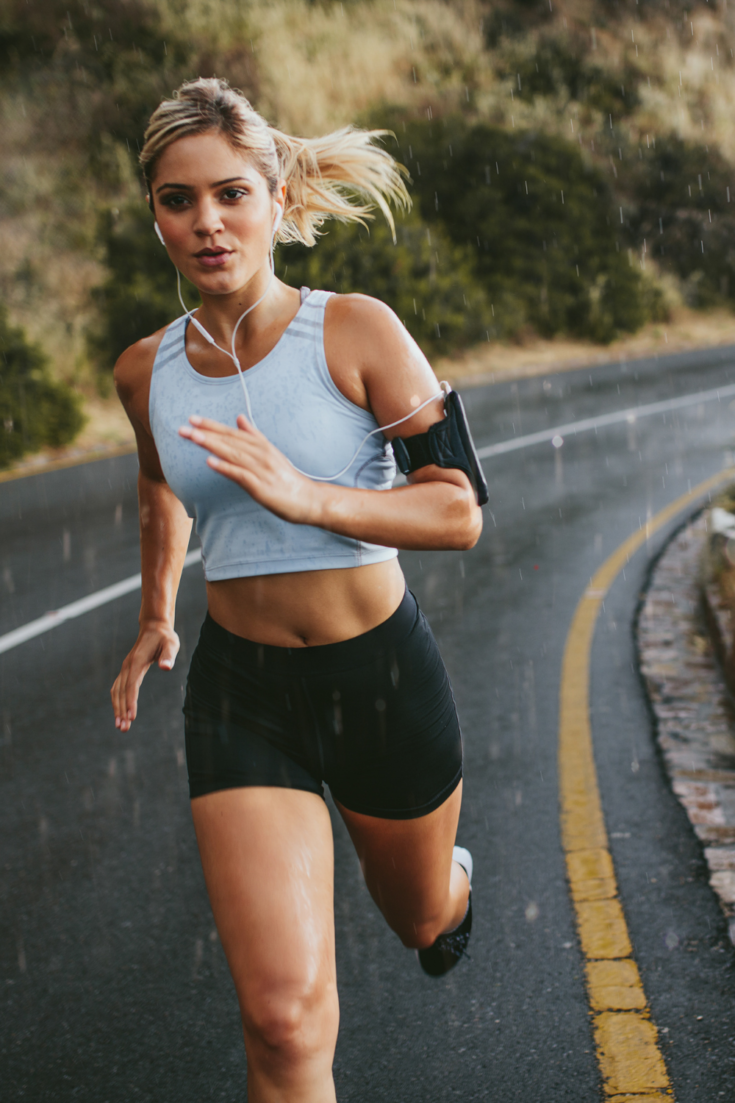 Not all diets are created equal. When it comes to preventing Alzheimer’s disease there are two diets that stand out: The Mediterranean diet and the DASH diet.

The DASH diet stands for Dietary Approaches to Stop Hypertension. You may not have heard of it unless you have a preexisting condition of hypertension.

Although no diet is essentially better than the other, research suggests that diets that focus on heart-health also help protect the brain from cognitive decline and eventually Alzheimer’s.

How To Stop Obsessive Thoughts In Their Tracks

What is brain training? Essentially, it’s an exercise for your brain!

These types of programs help increase memory, speed of processing and reasoning within the brain.

While there are some programs specifically designed to increase mental functioning, certain activities like reading, solving puzzles and playing games could help slow Alzheimer’s progression.

In a study of 2,800 adults 65 and older started cognitive development exercises. These ‘brain-training sessions’ lasted 10 hours and continued for over 5 weeks.

At the end of the study, participants showed an increase in thinking skills that lasted them over 5 years.

If you’re looking to prevent or even slow the rate of progression for Alzheimer’s, try the following! 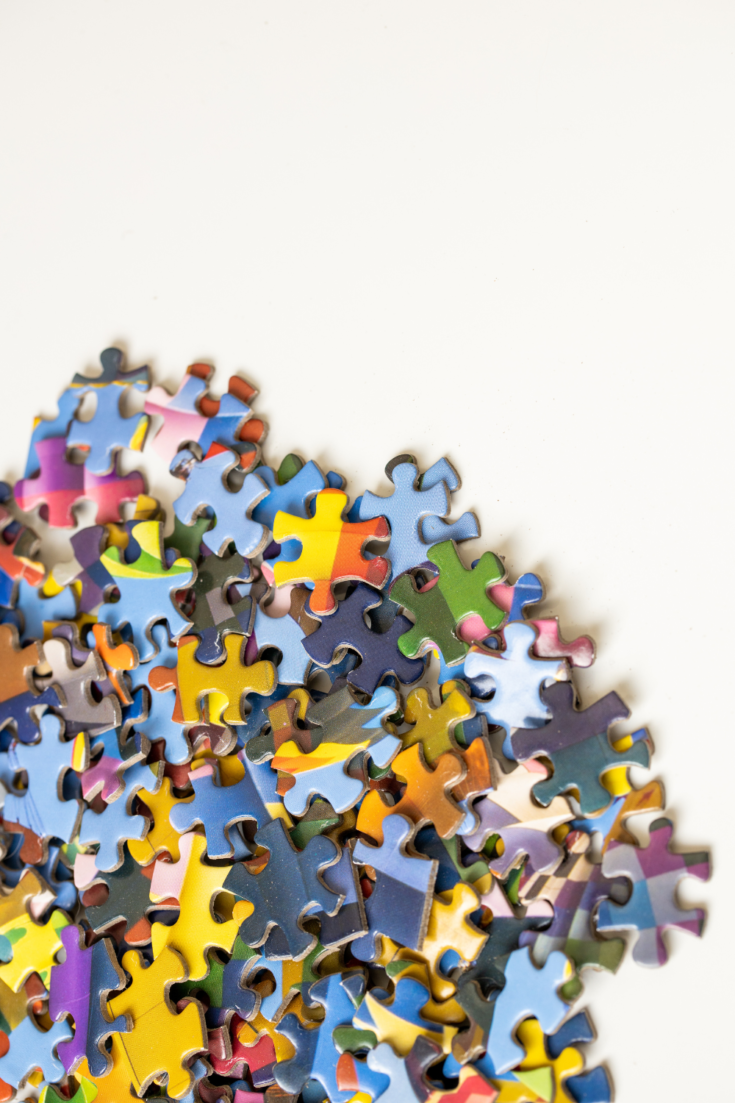 Also known as hypertension, high blood pressure is anything over 140/90. By keeping your blood pressure under control you reduce the risk of heat disease and stroke.

Shown in a multitude of studies, researchers found a connection between hypertension and dementia.

Further studies have also found that middle aged individuals with a combination of hypertension and other cerebrovascular risks (like smoking and diabetes) were at an increased risk of dementia.

To protect your self from Alzheimer’s disease, lower your blood pressure.

Sleep. The human body craves it and needs it for healthy functioning. We can’t live without it.

But for some, sleep is a far off distant dream. Insomnia, stress, nightmares, sleep apnea and internal monologue all contribute to a bad night’s sleep for many people. Myself included!

It’s recommended to receive 8 hours of quality sleep. But how does sleep help prevent Alzheimer’s?

Studies found a lack of sleep causes an increase in the protein beta-amyloid. This protein clogs the brain and disrupts deep sleep that essential for memory formation.

To receive 8 hours of sleep per night, try the following:

-Remove electronic devices like a TV that can disrupt bedtime routines
-Get tested for sleep apnea
-Find/create a regular sleep schedule for yourself
-Try something relaxing before bed (stretching, yoga, reading, meditation, ect.)

Social interaction is a big component when it comes to the development of Alzheimer’s disease.

Although research can’t conclude why social interaction lower’s the risk of the disease, it does show that staying socially active prevents mental decline.

The best way to achieve or continue staying socially active is by choosing to not isolate from the world around you. Life does get tough at times.

But isolate away from others will sometimes only make it worse.

Here are ways to keep you socially connected with others:

Since Alzheimer’s disease is all about brain health, it makes sense to protect your brain from injury.
Research shows a connection with a heightened risk of Alzheimer’s and head trauma.

This is especially true if the head trauma resulted in a loss of consciousness.

Although you can’t always prevent head trauma from occurring, you can lower your risk by wearing seatbelts, helmets and removing tripping or falling hazards from your home. For instance, remove area rugs without non-slip backing.

How The Keto Diet Changes Fertility

The Best Self-Care Tips For Moms

Although you could completely change your diet to the DASH or the Mediterranean diet, you don’t necessarily need to. Just supplement instead!

For brain health and prevention of Alzheimer’s there are certain vitamins and supplements that show promising results in reducing mental decline: B vitamins, vitamin D, vitamin E, sage and bacopa monnieri.

Let’s start with a supplement you’ve probably never heard of before. Bacopa monnieri is an herb and an adaptogen (meaning it reduces stress).

Not only can this herb reduce the effects of stress on the body and mind, but it has been found to be a successful treatment in improving cognition and memory formation.

Because of its direct effects on brain cells, the University of Oklahoma believes the supplement bacopa monnieri to be a valuable treatment in the prevention of Alzheimer’s disease.

While sage is normally supplementing for the purpose of reducing inflammation, it also contains surprising benefits in reducing cognitive impairment.

Sage specifically works in the brain by reducing the buildup of harmful enzymes in the brain like cholinesterase that causes brain damage in individuals with Alzheimer’s.

Six research studies have examined the effects of sage on decreased cognition. From these studies, multiple benefits were found including…

There are many B vitamins… So which one’s are most beneficial for preventing the development of Alzheimer’s? B3, B6, B9 (folic acid) and B12 to be exact.

Each B vitamin plays an essential role in the function of the nervous system and brain.

No B vitamin is better than another, therefore to possibly prevent the disease it’s best to supplement with a B complex vitamin. That way all your essential B vitamins are in one pill.

According to the Center For Disease Control and Prevention, individuals with low levels of vitamin B3 were at an increased risk of developing Alzheimer’s.

Another study from the University of Oxford discovered that dementia patients who took a B vitamin supplement developed less brain damage than those who didn’t take the supplementation.

Vitamin D is also known as the “sunshine vitamin” that plays a vital role in healthy bones, nerve growth, learning and memory formation.

But as an individual ages (especially over 65 years old) the body doesn’t produce as much vitamin D.

Even more interesting… The University of Cambridge found that those who are deficient in vitamin D nearly doubled their risk of cognitive impairment or decline.

While vitamin E doesn’t necessarily prevent Alzheimer’s through supplementation, it does slow the progression of cognitive decline.

Low amounts of vitamin E have also been found in those with Alzheimer’s.

The American Veteran Affairs found that vitamin E slowed the progression of the disease and resulted in participants increased ability to complete everyday tasks. 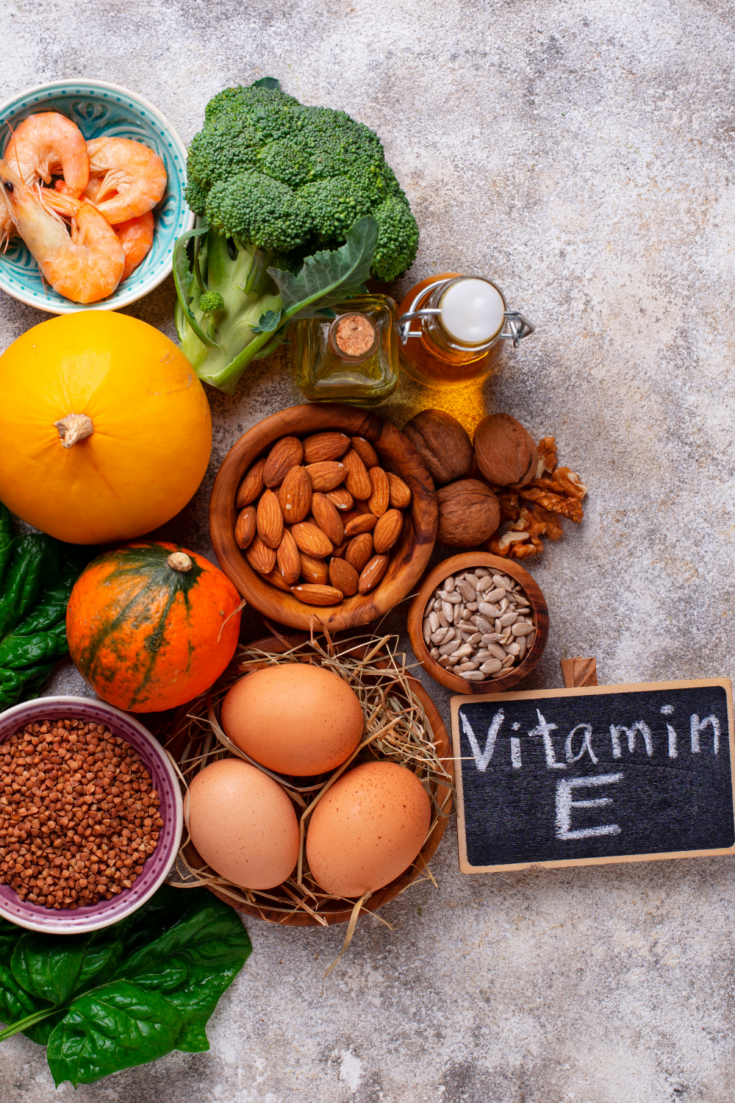 There are many factors and causes that go into the reason behind the development of Alzheimer’s.

Although there is a genetic link for the disease, there are other factors that contribute to its development over time.

All eight of the factors above can change the way your brain processes memories, learns new skills and completes everyday tasks.

Although some believe Alzheimer’s disease cannot be prevented, I believe… If there is a possibility that changing your lifestyle habits could decrease your chance of developing the disease, you should do it.

Alzheimer’s is a devastating disease. Not only for the individuals who receive the diagnosis, but also loved one’s who witness the effect of the disease day after day.

It’s hard to care for a loved on who some days doesn’t remember your name or doesn’t recognize who you are.

While there’s no cure as of yet, science is still holding hope for a cure. As am I.

Until a cure for Alzheimer’s disease is found, it’s best to be safe and incorporate these healthy lifestyle changes to hopefully prevent the development and progression of the disease.