While some people do not recognize or believe these forms of abuse are actually abuse at all… Those who have lived through it tell a very different story. Because of emotional abuse, they are suffering emotional long-term effects.

There are many signs of emotional abuse. Some can be seen clearly, while other signs are only noticed by others outside the relationship.

But let’s be clear about one thing: Emotional abuse is simply abuse!

Why Is Emotional Abuse Considered Abuse?

There are different forms of abuse that include emotional, physical, sexual, and neglect. However, ask any who has escaped an abusive relationship and they will tell you that emotional abuse was present before the physical abuse ( and even sexual abuse in a relationship) starts.

For many, emotional abuse can be hard to identify. Sometimes, it takes a loved one like a friend or family member to express concern and identify aspects of emotional abuse they may be seeing.

Those within a relationship often don’t recognize the subtleties of emotional abuse for different reasons.

Emotional abuse is also identified as psychological abuse and was considered at one time to be an “all-inclusive” term. But thankfully, this is no longer the case.

Within the once “all-inclusive” term of psychological abuse is many specific terms and types of abuse to describe exactly what emotional abuse is.

If you are struggling to heal from past emotional abuse or are feeling like you may be in an emotionally abusive relationship, the most important thing to learn about abuse in relationships is to recognize the signs. And of course, determining whether what you’re going through or what you’ve been through in the past is indeed emotional abuse.

The term “gaslighting” is making its way into general conversation topics about emotional abuse (which I am extremely happy about. The more a subject is talked about, the more help and healing people can get). Gaslighting is often done by someone who is considered a narcissist. But, don’t be fooled!

Narcissists can be both male and female. Gaslighting is gaining popularity as a term to use when talking about emotional abuse because gaslighting is one of the most deadly forms of psychological abuse!

This form of abuse is done to make the victim feel as if he or she is going crazy. If you’re a victim of gaslighting, you will find yourself questioning your sanity about the events and conversations surrounding your relationship.

That’s what makes gaslighting so deadly… It ruins your confidence and damages your emotional stability.

If you ever find yourself asking, “Am I crazy? Did I not just hear him/her tell me that? (After they are vehemently denying saying or doing something) it’s a huge red flag for gaslighting! 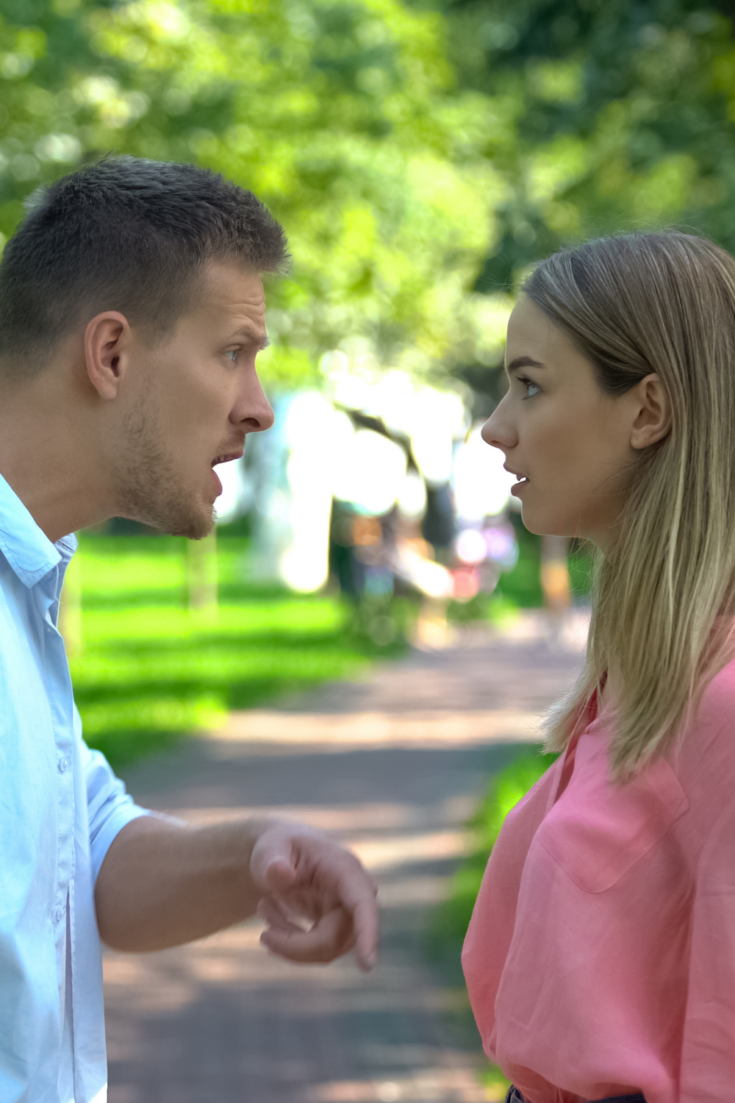 Emotional abuse is any type of “behavior that belittles, demeans, and disrespects.” Stonewalling falls under belittling and disrespecting a partner and relationship.

Stonewalling is a way for someone to avoid serious topics and conversations in a relationship. Often, a person who stonewalls will…

This form of emotional abuse makes a victim feel unimportant and very alone even though they are in a relationship. Problems are never dealt with and feelings are simply ignored.

In the age of social media and online dating, ghosting is happening more often. The term ghosting means to have a relationship with someone and suddenly they cease all communication with you.

While some may argue this is not emotional abuse… I believe it is!

Those who are on the receiving end of ghosting are left to pick up the shattered pieces of their heart and wonder what they did wrong for their significant other to ghost them.

It also leaves the victim wounded emotionally because trying to start a new relationship with someone is now ten times harder. Ghosting will leave you with trust issues for months or years to come.

The victim is just left torturing themselves over what they did wrong.

You wouldn’t think being wined and dined with gifts in a relationship is a bad thing, right? Guess again!

This form of emotional abuse is done with intention from the abuser. There is always an end goal for love bombing.

Love bombing is when a new boyfriend or girlfriend is bombarding you with gifts. Unexpected flowers. Love notes left under your apartment door. Constant phone calls and texts with enduring messages.

This type of behavior leaves a person feeling loved, appreciated. And important to their new partner. But, that new partner who is dropping “love bombs” is doing it to make you feel these incredible feelings, only to manipulate you later.

Think of love bombing as the honeymoon phase before an abuser shows their true colors. Eventually, the love bomber will stop the gift-giving and overwhelming affection to start belittling, demeaning, and possibly physically abusing the victim later.

Love bombing is only a love trap to ensnare a victim into an abusive relationship.

Read more about the signs and what to do about love bombing with THIS ARTICLE! 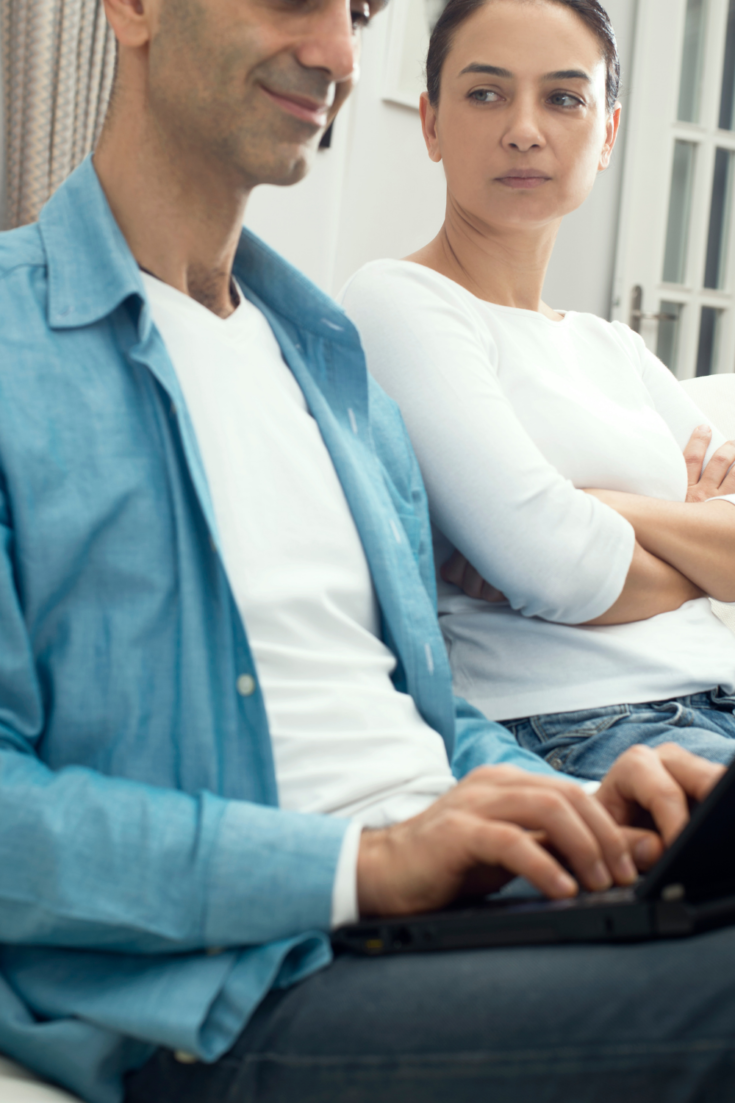 It’s simple- Emotional abuse is plain abuse and it’s no less harmful than physical, sexual, and financial abuse! For those who have never suffered any form of psychological abuse, consider yourself lucky and blessed.

The one thing that needs to be understood about abuse as a whole is that psychological abuse typically occurs before physical abuse in a relationship. Both emotional and physical abuse go hand in hand. One cannot live without the other.

Thirdly, consider leaving your abuser. Emotional abuse gets worse with time. Seek help from a trusted friend or family member for support.

Or if you ever feel like the emotional abuse you’re suffering will escalate to physical violence, please call 911 or a domestic violence hotline to help find a way out.

Someone who belittles, disrespects, and hurts you in any way is an abuser. While some people can change their ways, you shouldn’t have to talk to your partner about how much they are hurting you. Those who don’t abuse others have a filter in their brain called empathy.

It’s empathy that keeps people from emotionally abusing others. They know they would never want to be treated that way. Therefore. They treat their partners with respect and love.

It is not love. No one deserves to be belittled to the point that their mental health suffers in any way.