Have you ever felt a sudden intense form of fear where you simply wanted to run away?

You may have heard of it as the “flight-or-fight response.”

For people with panic disorder, the “flight-or-fight response” is a constant everyday occurrence that’s triggered by different environmental factors.

If you’ve ever experienced a panic attack, then you know the hell someone with panic disorder feels on a daily basis.

While some anxiety sufferers get an occasional panic attack due to stressful situations or internal factors, those with panic disorder feel panic attacks more often than not.

The Diagnosis Of Panic Disorder

You may be asking yourself what the difference between generalized anxiety and panic disorder is.

Generalized anxiety is typically an overwhelming feeling of anxiety that stays with you on a consistent basis.

Many people describe panic disorder as feeling fine or calm one minute and suddenly feeling like you’re having a heart attack the next minute.

There are people who do mistake a panic attack for a heart attack. And for good reason!

Although I don’t have panic disorder, I do have generalized anxiety mixed with occasional panic attacks.

But my anxiety is mostly constant from day-to-day and attacks are not reoccurring for me.

When an attack comes on it’s an extremely terrifying place to be mentally. If I knew nothing about my anxiety disorder, I would believe I was exhibiting signs of a heart attack.

That’s how intense a panic disorder can get!

But to be diagnosed with panic disorder you need to meet the following criteria:

-Reoccurring and unexpected attacks
-After one attack the person feels fear for one month or more that another attack will occur
-The fear causes a change in behavior
-All other causes of attacks are ruled out (this includes medical conditions and other mental disorders like post-traumatic stress disorder)
-Once an individual is diagnosed with panic disorder, there are also two types of panic attacks one falls into:

When you think of someone having an expected panic attack, think of it linked to a direct fear or phobia.

For people who are afraid of heights, they will have panic attacks when faced with situations like looking out windows of tall buildings, standing on a roof, etc.

With expected attacks a person will experience a panic attack depending on how frequently he/she encounters the fear or phobia.

An unexpected attack is not linked to a specific fear or phobia. Often times the panic attack begins for no explainable reason.

With unexpected attacks it’s important to identify possible triggers that cause the panic. 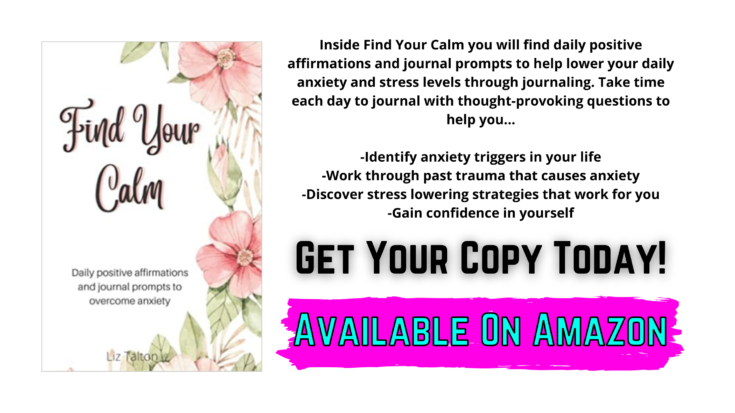 To recognize a panic attack, here are the following signs and symptoms:

Depending on the person there are varying degrees of symptoms.

Some individuals will always recognize a panic attack because of numbness or tingling sensations in their hands.

Not every person has all the symptoms or all the same symptoms as another person.

But just because you don’t experience every symptom during your panic attacks does not make it any less real or frightening.

Panic disorder is a mental disorder that is classified under anxiety disorders in The Diagnostic and Statistical Manual of Mental Disorders (DSM 5th edition).

However, there are other physical causes of attacks that include…

It’s important to eliminate all physical ailments that could be causing reoccurring panic attacks.

If all physical conditions have been ruled out by a doctor and your left with panic disorder as a diagnosis then there is no exact cause of reoccurring attacks.

While some people develop panic disorder after a major life change, others develop the mental disorder in response to extreme stress.

The truth is that it’s unknown what the exact cause is. But it’s believed to be a combination of genetics and environment.

Whatever the cause may be, panic attacks can control your life. That’s no way to live!  If you’ve experienced any of the signs and symptoms of panic disorder, always seek the advice of a doctor or mental health professional.

The best way to treat panic disorder is through therapy.

The two forms of therapy that work best for treating attacks are cognitive behavioral therapy and exposure therapy.

Cognitive behavior therapy helps you reexamine the extent of your panic attacks by restructuring your thinking patters that trigger an attack.

This occurs by first identifying triggers. Then, (in some cases) thinking of a worse-case scenario.

For instance: If you have a panic attack while driving, ask yourself what the worst-case scenario would be.

During the panic attack you may be thinking that you will lose control of your vehicle and crash.

But it’s not likely. Once you realize that the odds of crashing your car are less likely than you thought, your panic attacks become less scary.

On the other hand, exposure therapy is perfect for treating panic disorders with expected panic attacks.

Remember, expected panic attacks happen in response to a certain fear or phobia.

This specific type of therapy works by directly “exposing” you to the thing or situation you fear the most.

If you’re afraid of heights, exposure therapy with a trained professional will help you face heights while processing your emotions at the same time.

Over the course of therapy and different encounters with heights, being scared of heights will become less frightening.

However, taking benzodiazepines comes with a price. An increased likelihood of addiction with long-term use.

Therefore, you should always take caution when prescribed anti-anxiety medication and lower your risk of addiction and overall usage by learning ways to handle panic attacks without medication.

19 Signs You’re A Victim Of Gaslighting

If you know you have a predisposition toward experiencing panic attacks, proper precautions need to be taken to lower the amount of attacks you have.

To lower the amount of attacks, start by lowering or eliminating the following things that make anxiety or panic disorder worse!

While it’s not possible to remove all stressful events, try to eliminate what stress you can (having your spouse help with the household, stay away from negative people, etc.

Caffeine- Caffeine is a stimulant that provides you energy throughout the day. But with panic attacks caffeine will only increase nervousness and anxiety.

Diet pills- Many diet pills contain extra stimulants like caffeine that aid to anxiety and attacks. Always read the labels!

Not relaxing- Learn and practice relaxation techniques like meditation, progressive muscle relaxation, visualization, and self-massage just to name a few.

Panic disorder is a form of anxiety that’s specifically categorized by having expected and unexpected attacks.

If you’ve every experienced a panic attack for whatever reason, it’s very real and terrifying.

In the midst of an attack it’s hard to maintain your grip on reality and control your behavior and emotions.

But through practice, therapy and possibly medication, it is possible to live in harmony with panic disorder.

While you may be quick to assume that the panic attacks you’re experiencing is panic disorder, it’s always wise to seek a professional diagnosis.

A diagnosis can rule out other causes for panic attacks and send you on the track of treatment for the attacks.