Playing with one’s senses can be very beneficial to a child’s development. Children are given the opportunity to engage all of their senses, which helps foster and develop their creative abilities, imagination, and fine motor skills.

Some activities that are intended to stimulate sensory development are not appropriate for younger children because they may not be taste safe.

In most cases, inedible substances such as glue, contact solution, borax, and other similar substances are utilized in the manufacture of slime.

However, this does not limit younger children from enjoying the sensory play that involves slime.

Choose and combine flavor-safe ingredients from this enormous list of slime add ins in place of the traditional slime ingredients.

Candy eyes are ideal for slimes with a monster or Halloween theme because they are completely edible and perfect for those themes.

However, children younger than three years old should not play with them because of the risk of choking.

Slime can be augmented in both its depth and its squishy quality by the addition of miniature marshmallows.

Even marshmallows can be hacked up into bite-sized chunks if desired.

If you want to make edible slime, use marshmallow fluff as the base.

It’s as simple as mixing marshmallow fluff, powdered sugar, and cornstarch together. If you want to give it a different hue, you can also try adding some food coloring to it.

Kool-Aid can be mixed into slime to produce a variety of new colors when used in this way. Additionally, it goes well with marshmallow fluff and powdered sugar when mixed together.

You can make colored slime by adding instant Jell-O, just like you would with Kool-Aid. Additionally, your child’s sense of smell will be stimulated in addition to this. 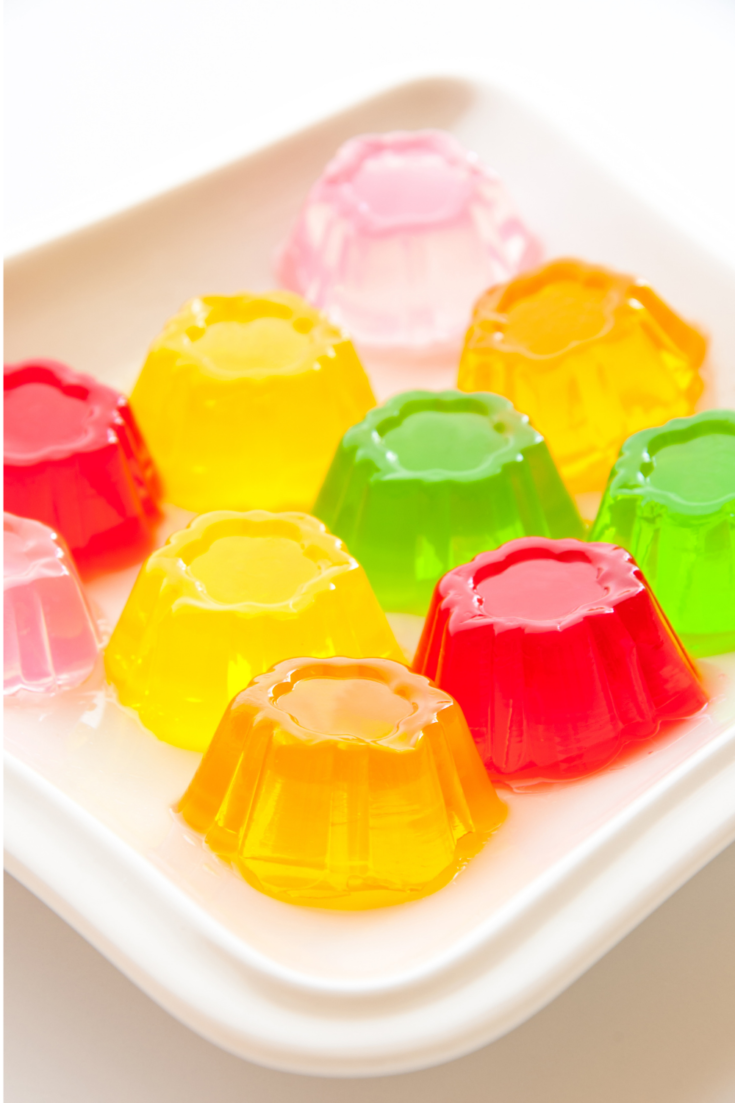 Condensed milk, sugar, and cornstarch should be mixed together, then heated on the stovetop.

Cook until it reaches the consistency of a thick paste. After that, add a coloring of your choosing.

When using condensed milk as an ingredient in slime recipes, the typical amount of time needed for the cooking process is between ten and fifteen minutes (not counting the time it takes to cool down before playing).

Sugar crystals are included on this list of slime add ins due to the fact that they are available in a wide variety of colors and can be used to give the slime of your choice an additional rough and grainy appearance.

You can easily incorporate gummy bears into any slime recipe, or you can reduce the size of the gummy bears by cooking them with condensed milk to create a base for slime.

There are many recipes available online that use Starburst as the base for an edible slime rather than merely as an additional component or ingredient. Slime made with these ingredients has a more “silky” consistency and takes on beautiful pastel hues as a result.

It is possible to transform Nutella into a delicious and stretchable slime by adding cornstarch and/or powdered sugar to the mixture.

If you want to make a delicious edible slime, combine cornstarch and instant pudding as the base.

If you want to make insect or ocean slimes with a theme, you can use gummy worms, gummy sharks, and even gummy frogs. 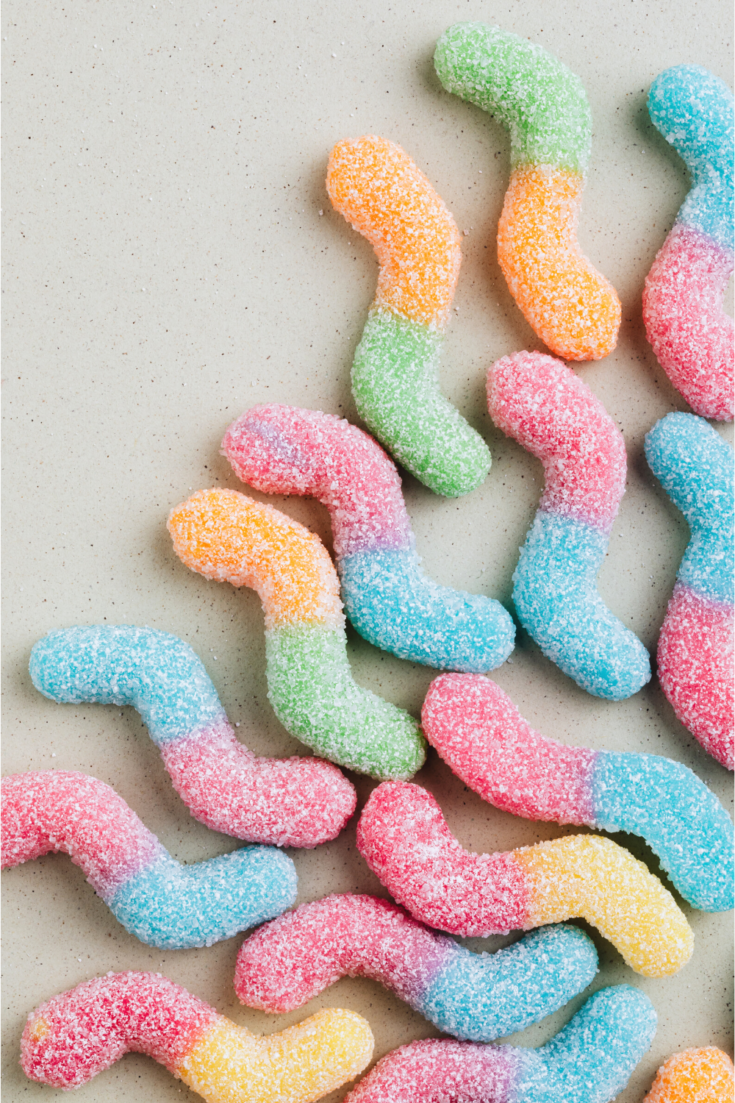 The senses are heightened with the addition of spices. Some spices, like cinnamon, nutmeg, and pumpkin pie spice, work particularly well in slimes with a winter holiday theme.

Slime can be given a grainy texture and a crunchy sound by adding cereals such as Fruit Loops, Pops, and Fruity Pebbles, amongst others.

This is one of the most original and tastiest ingredients that made it onto this list of slime add ins.

In order to form a slime, powdered sugar is frequently used as a base because of its ability to thicken liquids.

Cornstarch is the one and only thing you need in order to make slime.

When it comes to thickening slimes, cornstarch is the ingredient of choice.

Cook up a batch of large tapioca pearls.  Add in food coloring and you have edible water beads for slime!

Slime is made more appealing to the eye when sprinkles are included. Just right for making birthday slime! 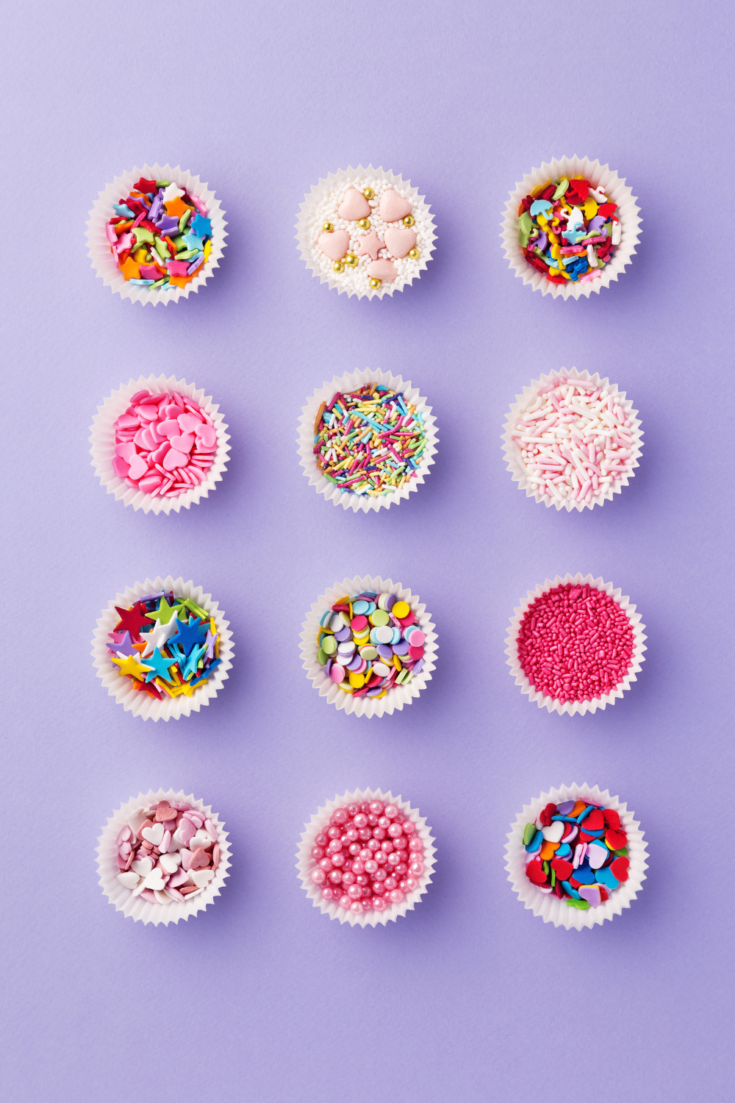 Peeps are a type of colorful marshmallow that, when combined with condensed milk, can be melted down and turned into slime.

They bring in beautiful pastel colors that are ideal for Easter celebrations.

If you combine Peeps Easter slime with jelly beans, you will have a smashing success for the holiday!

Applesauce is used as a base for one of the most famous slimes in history: Nickelodeon Slime!

Honey is very sticky and messy.  But combine with cornstarch and a little oil and you have a honey slime recipe!

Pumpkin puree, pumpkin pie spice, and, of course, cornstarch or powdered sugar should be used to thicken the pumpkin puree before your child is allowed to explore his or her senses with it.

Cranberries, either whole or sliced, can be added to the slime as an additional ingredient.

Be careful around children under the age of three because this could present a choking hazard to them.

Peppermint candies, whether whole or crushed, work wonderfully in slimes with a winter or holiday theme.

Chia seeds are great for adding an extra slimy texture.

Flax seeds will add more of a grainy texture to slimes.  Flax seeds work well when combined with pudding mix!

Yes, edible glitter can add a dose of sparkle and glitz to a taste safe slime for young children.  Try combining with other items on this list of slime add ins to make glittery princess slime!

Creates a variety of colors when added to almost any kind of slime.

When coconut oil is added to slime, it transforms the consistency, making it smoother and more stretchable.

Crush up some Oreos, Chips Ahoy, and other cookies to give the slime some texture and crunch.

Frosting, when combined with food coloring and powdered sugar, produces a texture that is excellent for the production of buttery smooth slimes. 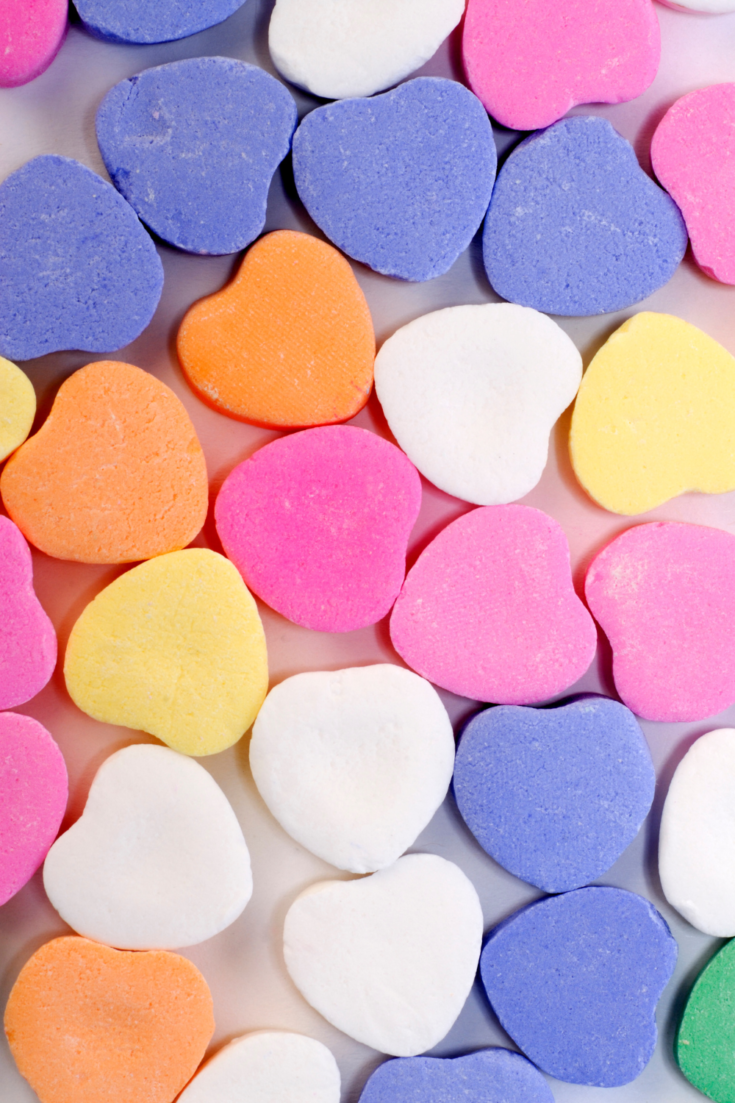 When marshmallow, cornstarch, and coconut oil are combined with lemonade powder, the resulting slime has a potent odor.

A wonderful flashback to those steamy days of summer!

Candy corn is always associated with Halloween.  Add candy corn to orange, purple, or black colored slime for an extra element of fun!

Children who still put things in their mouths are unable to play with slime because it is traditionally made with ingredients that are not taste safe.

As a result, slime cannot be given to children to play with. This includes children who are preschool age or younger, as well as children with disabilities such as autism who require oral sensory stimulation because of their condition.

It’s not right that many slime recipes aren’t suitable for use by children as young as two or three.

However, thanks to this extensive list of slime add-ins, they can now take part in the excitement and choose from a wide variety of flavorless alternatives.